From 2006 to 2013, California’s state transportation agency Caltrans rebuilt the Bay Bridge, California’s second most famous bridge, which connects San Francisco to the Oakland-Berkeley area across San Francisco Bay.  The rebuilding project attracted enormous controversy, due to delays, numerous flaws and defects found in the new structure during the rebuilding, many of them due to the controversial decision to use Chinese steel in the famous bridge. Charles Piller is one of California’s leading investigative journalists. Over a period of three years, he wrote a series of major investigations of the Bay Bridge for The Sacramento Bee newspaper, leading to hearings and debates in California’s State Legislature, and to a new law improving transparency for expert advisors to big public works projects. Support for the U.S. steel industry in its struggle against unfair foreign competition continues to be a major issue, so we sat down with Charles Piller to get an update on the story behind the Bay Bridge project. CPA Research Director Jeff Ferry conducted the interview. 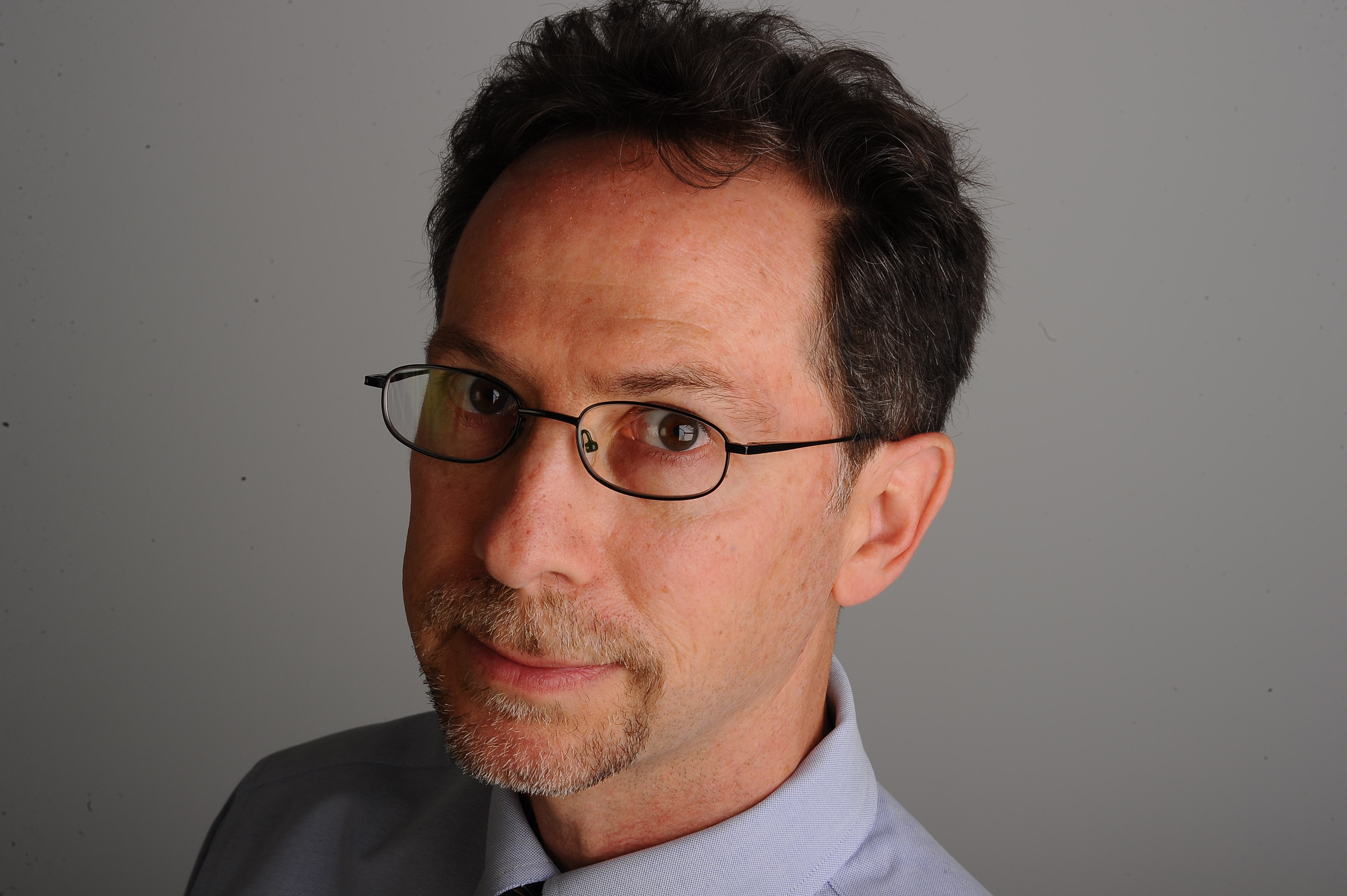 CPA: Thanks for speaking with us Charles. Can you start by giving us an overview of how important the Bay Bridge is and how big a project the rebuilding was.

Piller: Sure. The Bay Bridge is one of the busiest bridges in the world, with 240,000 vehicles crossing it a day. It’s considered a lifeline bridge, one of a handful of bridges in California considered essential for public safety and commerce. It’s supposed to be built to a standard to be able to operate within 24 hours after a major earthquake. In 1989, the Loma Prieta earthquake damaged the bridge, with a portion of the upper roadway collapsing and killing one person. There was gigantic dislocation that lasted weeks. The decision was taken that the bridge had to be replaced.

CPA: What was the budget for the replacement project?

Piller: The original estimated cost was to be $1.4 billion. With the cost overruns and mishaps, it ended up costing $6.5 billion. It became the most costly single public works project in California history to date and one of the most costly bridges ever built. But remember, it’s more than one bridge. There are several separate structures. It’s the suspension bridge portion, with its iconic tower, that is most interesting. That tower and the roadway it supports were built with horrifically substandard Chinese steel.

CPA: Why was Chinese steel used?

Piller: Caltrans said it did not have a U.S. option, although that was disputed. There were claims that the U.S. did not have the capacity to produce certain kinds of steels that were needed. In any case, the decision was made that it would be less costly and faster to build the bulk of the bridge – including the roadway and tower – with Chinese steel. To use the Chinese steel, Caltrans decided to give up certain kinds of federal U.S. funding.

CPA: In one Sacramento Bee investigation, you say: “the decision to hire ZPMC will haunt the new span and the traveling public for generations to come.” [Zhenhua Port Machinery Co. or ZPMC was the Shanghai company that made the steel for the bridge.] What makes you say that?

Piller: ZPMC was hired in 2006 even though the audit on their facilities labeled it a “high-risk” bidder. They had never built a bridge before. As the name suggests, they were a company that built huge cranes for ports. They wanted to get into the bridge-building business and the Bay Bridge was their opportunity. But they used welding practices that were dangerous and led to defects. ZPMC ignored the basic quality requirements of Caltrans.

CPA: Can you give me any specific examples of things they did wrong?

Piller: Sure. There are certain elements of a bridge that are fracture-critical. A key element of bridge-building, especially in an earthquake zone, is to build a structure with no cracks because cracks can grow and propagate over time with normal tensions. That’s especially true in this case, because it’s widely thought that with the Hayward Fault so close to the bridge, we’ll have a major earthquake sometime in the next 30 years. The Bay Bridge is located close to two faults, the San Andreas and the Hayward.

ZPMC was so inept that it welded in the rain – among many other substandard practices. They built the bridge roadway boxes [structures made from massive steel plates, welded together] with numerous cracked welds. When Caltrans or the primary contractor told them they had to fix the cracks, it became clear the company was either incapable of fixing their mistakes or simply recalcitrant.

CPA: What do you mean recalcitrant? Caltrans was paying their bills. Didn’t they have to listen to their customer?

Piller: You would think so. I reviewed thousands of documents and found over and over again that cracks were allowed to remain in place. ZPMC rejected demands to fix things, treated rules in the contracts as “suggestions,” and even resisted having meetings that Caltrans requested.

The degree of defiance shown by ZPMC to the most basic questions of quality control was just stunning. In one document we published, a Caltrans inspector was doing a routine quality control check and found a welder who was unqualified. When the inspector questioned that welder, the man simply ran out of the shop.

Another example is that they used a technique called cold bending, which you are never supposed to use for this type of project. It’s contrary to all safe engineering practices because it can affect the strength and durability of the structure. Yet there are photos of them doing this and Caltrans did not enforce its rules. The result was that both Caltrans and the primary contractor acquiesced and accepted a structure with numerous cracks, in fact an unknown number of cracks.

CPA: Did the state government intervene in any way, in light of the controversy that you and others created with all the press coverage?

Piller: Under the glare of press attention to the problems, Caltrans was forced to do a report about the welding issues. But independent engineers regarded it as inadequate – full of incorrect information and analysis. You know, in doing these investigations, we found that there are basically two types of engineers in America: those who have worked for Caltrans, and those who would like to work for Caltrans. It was extremely hard to get people, independent experts, to go on the record to say anything that might be critical of Caltrans. For one investigation, I had to call 100 engineers to find ten who were willing to talk to me on the record – 90 were afraid to speak out publicly, even though many had grave concerns about the project.

Caltrans sometimes silenced – through reassignments and other methods –  engineers who questioned decisions by the bridge project managers. There was an oversight committee, and there were numerous hearings in the State Legislature and government reports written. But Caltrans produced reports saying the bridge was safe. There was just not enough public outrage to cause the government to do anything. No one denies that there are defects, although there are disputes and disagreements about the significance of the defects and whether the bridge will actually last for 150 years.  The guy who led the bridge project was allowed to retire quietly.

CPA: Do you think an American steel company would have done a better job?

Piller: The problems with ZPMC were the result of two things: first, inexperience, and second, substandard welding practices. There’s no doubt that experienced U.S. bridge builders are much more familiar with the rigor required for bridge building. There are many U.S. companies capable of building these structures in a way that would meet the expected quality standards.

CPA: What is the conclusion you draw from the whole saga?

Piller: There’s a nice story, which is sort of an epilogue. Let me tell you about that.  At the same time that ZPMC was building the Bay Bridge, it was also hired to build an offshore wind farm, the Greater Gabbard Wind Farm, off the coast of Suffolk, England. There were similar problems. In 2009, when the first steel structures [towers for windmill turbines and undersea steel tubes] were delivered to the Netherlands, the engineer checking them found 14 transverse cracks, posing a threat to the integrity of the structures. They inspected every structure that arrived, eventually using virtually every qualified firm in the Netherlands, and they found 7,000 cracks and 900 other defects.

The difference with this project was that the prime contractor, Fluor, didn’t accept the defective parts. They sent them to a European steel company and got them fixed. The cost to fix them was $400 million but the fundamental difference between the two projects is that Caltrans accepted some cracks and didn’t even fully inspect for others. At the wind farm, everything was inspected and fixed. And then the wind farm owner sued and won a $400 million case against Fluor and Fluor is seeking damages from ZPMC.

Both projects showed a similar disregard by ZPMC for the quality standards required, a similar slipshod approach to proper welding processes, and a similar tolerance for gross errors. The difference is the private company didn’t accept what had happened. They got the cracks fixed and got their money back. But Caltrans, the state of California, and California taxpayers accepted a substandard process and accepted the cost overruns as part of the cost of doing business.

CPA: What do you think of the safety of the Bay Bridge today?

Piller: You know, I’m often asked if I drive across the Bay Bridge.  And I do. I take an actuarial perspective.  I think it’s not that likely I’ll be on it when the big one hits. But people will be on that bridge when the big earthquake hits, and that’s a major cause for concern.