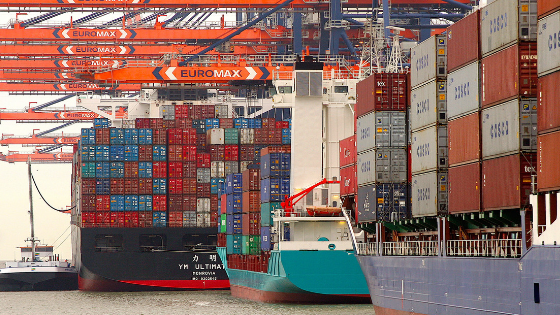 Editor’s note: China’s request to be considered a “market economy” is yet another example of the persistent deceit of the country’s leadership.

The World Trade Organization decided that China didn’t automatically qualify for market-economy status in 2016 as Beijing has asserted, according to two people with knowledge of the case, handing a major victory to the European Union and U.S.

An interim WTO ruling will allow nations to have more scope to apply duties against low-cost -- or “dumped” -- Chinese products on a case-by-case basis, the two people said, who asked not to be identified because the decision is private. China could still settle the complaint before the judgment is made public.

The decision deals a significant blow to China, which had argued that its 2001 accession to the WTO required members after 15 years to treat Beijing as a market economy, which would reduce trade partners’ ability to curb goods sold below cost. The European Union, which was the defendant in the case, had previously used a non-market economy methodology when calculating anti-dumping duties, which allowed for higher penalties.

“It is demonstrably clear that China has not completed that transition,” the U.S. said in a third-party filing in the dispute in November 2017. “If China wishes for its producers’ or exporters’ prices or costs to be used in anti-dumping comparisons, China should complete its economic transition and ensure that market economy conditions prevail in its economy.”

A WTO spokesman as well as representatives from the EU and Chinese delegations declined to comment.

The ruling has important knock-on effects for the U.S., which is subject to a nearly identical Chinese dispute that U.S. Trade Representative Robert Lighthizer previously called the WTO’s “most serious litigation.”

The case is a key negotiating chip in the ongoing U.S.-China bilateral talks, in which the Trump administration asked Beijing to withdraw its non-market economy disputes against the EU and the U.S. as part of a potential settlement agreement.

The dispute already spurred the EU to overhaul its basic anti-dumping regulation in 2017 in order to eliminate the EU’s previous presumption that exporters from China operate under non-market conditions.

Under the EU’s new anti-dumping regime the bloc permits higher anti-dumping duties on exports from countries where domestic prices are considered to be “significantly distorted” by state interference.

China and other WTO members with large state-run exporters like Russia have criticized the EU’s new methodology because they say it is poorly defined and provides EU regulators broad discretion to impose harsh anti-dumping penalties on foreign companies.

— With assistance by Jonathan Stearns