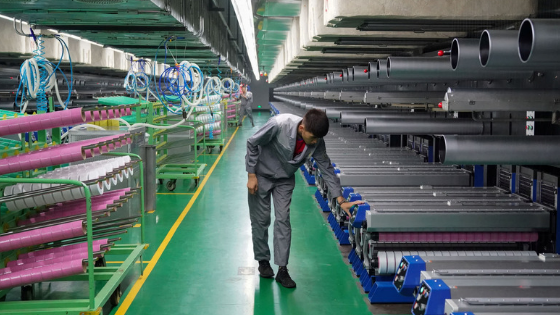 Editor's note: 1) Will China cut the VAT for imports? 2) CPA's position is that the US should have a VAT or goods and services tax to counter foreign VATs and to fund the reduction of other domestic taxes and costs. 3) This article also shows that using a VAT can, when needed, provide an immediate fiscal stimulus by cutting the amount, without the IRS sending tax refund checks.

China is planning to cut the value-added tax rate that covers the manufacturing sector by 3 percentage points as part of measures to support the slowing economy, a person familiar with the matter said.

The reduction in the highest of the nation’s three VAT brackets could be announced as soon as this week, when political leaders are gathering in Beijing for the annual National People’s Congress, the person said, who declined to be named as the matter isn’t public.

Premier Li Keqiang is due to deliver his annual report on economic policy on Tuesday, a detailed document that sets targets for gross domestic product expansion as well as objectives for fiscal and monetary policy. A 3 percentage-point cut to VAT could deliver a boost worth up to 600 billion yuan ($90 billion) or 0.6 percent of GDP, according to estimates by Morgan Stanley.

The move helps corporate profits at a time when the economy is facing pressure from the U.S. trade standoff and the impact of a domestic debt cleanup. Officials have increasingly turned to tax policy in their efforts to support growth, as debt-fueled spending and monetary policy become increasingly constrained.

The tax cut is also part of broader, more “proactive” fiscal support. The budget deficit target is said to be widened to 2.8 percent of GDP from 2.6 percent in 2018, and the quota for special bonds is said to be set to 2.15 trillion yuan, a significant rise from 1.35 trillion yuan in 2018.

The Finance Ministry didn’t respond to faxed request for comment on the VAT reduction plans.