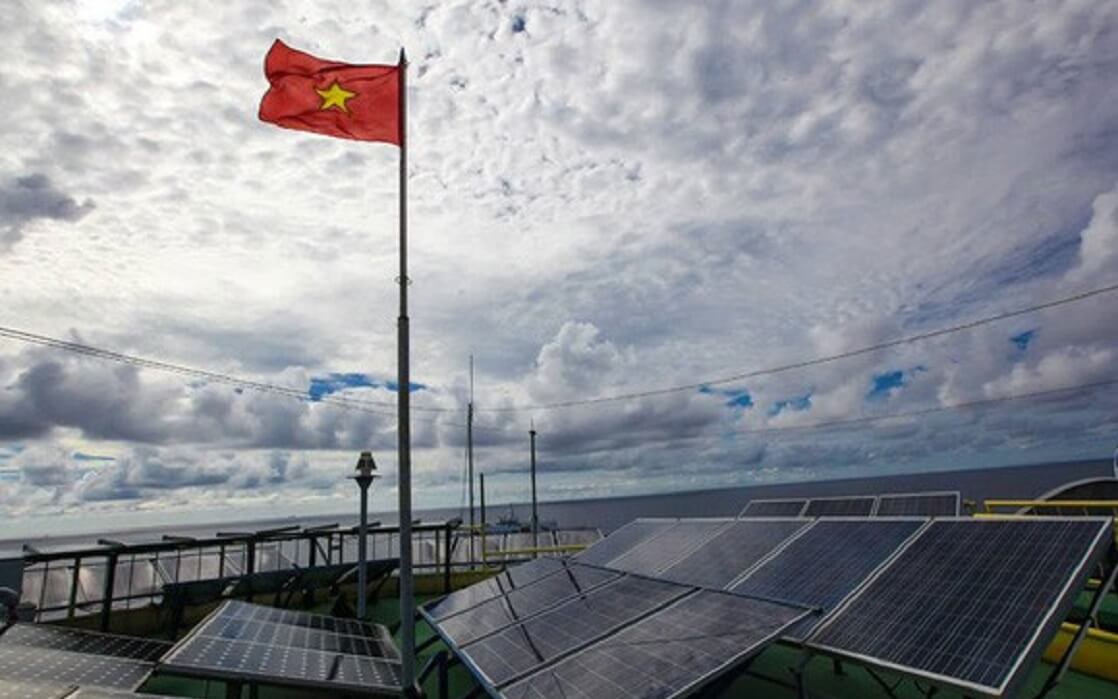 China is ramping up to become the indispensable supplier of solar equipment -- from cells to panels. Two of its biggest companies are building factories in Vietnam and Malaysia in an effort to circumvent tariffs based on product origin.

If anyone had any doubts that China is planning on becoming the Western world’s Green OPEC, just look at its corporate investments in solar. Following tariffs on solar two years ago, mainland manufacturers are moving even more supply to Vietnam in case global tariffs elapse but the China specific ones remain.

Just as the OPEC nations were the key sources of crude oil, China is setting itself up to be the go-to manufacturer of the post-fossil fuel supply chain.

Last week, JA Solar held a groundbreaking ceremony for its 3.5 gigawatt high-power solar module project in Vietnam. JA Solar is one of the world’s largest manufacturers and exporters of solar panels. They already have a factory in Vietnam.

The company is spending 700 million yuan (around $110 million) to build a greenfield project that will ultimately produce solar panels for the North American market, of which the US is key.

The particular project is a part of JA Solar’s 10.4 billion yuan expansion plans announced in September. Those plans include moving some supply chain off the mainland incase the Section 301 tariffs stick under a Biden presidency.

Jin Baofang – the founder, chairman and general manager of JA Solar –  was detained last week by law enforcement in Pingdu, Shandong province, in relation to a criminal investigation.

JA Solar isn't the only one ramping up.

Jinko Solar, the No. 1 solar company by output, said it will invest $221.3 million through its wholly-owned overseas subsidiary JinkoSolar Malaysia to build yet another production line with an annual output of 1,800 megawatts of solar panels and the same amount of solar cells in Penang, Malaysia. State owned Bank of China is funding about half of that internationalization project, with Jinko using its own cash for the remainder.

Jinko recently opened a manufacturing plant in Florida, but it is unclear how long that plant will survive if Jinko can do similar work in southeast Asia and import to the US without tariffs.  That facility is much smaller than what they will produce out of Malaysia.

Trump’s solar tariffs have breathed new life into the domestic supply chain. But so long as China takes the cue from Washington that we are moving to a carbon neutral economy, Beijing will be sure to position the country as the indispensable part of the supply chain.

Biden said that if he is president he will promote the installation of some 500 million megawatts of solar in the US, but he has not said a word about whether those panels would have a made in America mandate. At the very least, we believe that any solar installations on state lands should be American made.

US production of solar panels went from close to zero gigawatts in 2017 to 5 gigawatts (5,000MW) in 2019. The US now produces about a third of the solar panels it consumes thanks in part to Section 201 tariffs that helped slow the flood of Chinese product into the US.

Building in other countries does not evade the Section 201 tariffs, although China’s move is likely relevant to tariffs imposed on them from the EU. For the US, in a the eventuality of the 201s ending but the Section 301 tariffs remaining, Jinko and JA would have the room to move product to the US via Vietnam and Malaysia.

Tariffs were imposed in 2018. Demand for solar panels in the residential space also helped local companies, but that was demand China could have met as solar panels and solar cells are in abundant supply there.

Thanks to the China glut, and new technologies in solar cells, solar tariffs did not raise prices. The price per watt for installed solar last year fell 10 percent to an all-time low of $1.41 a watt, while installations rose 25 percent to a record 13.4 GW overall, according to Wood Mackenzie.

Of the top 10 solar panel manufacturers worldwide, all but two are Chinese. Green Europe appears nowhere on the list, having already handed the keys to their post-fossil fuel economy to Chinese manufacturers.

First Solar of Ohio entered the top 10 of global solar manufacturers this year. It is the first time in many years that a US-owned company made it into the top 10. Korean-owned Hanwha Q Cells is also in the top 10. They, too, manufacturer in the US.

According to solar industry publication PV Magazine, China’s solar companies kicked off an “investment frenzy” this year with some $17 billion aimed at increasing solar cell production capacity by another 111 GW and solar module capacity by 104 GW.

Since the Obama Administration told China that our focus was on climate change, China has massively increased its position as a market leader in solar, wind, electric cars and long-life batteries used in those vehicles.

China is aiming to double global production, betting on Europe and the US to replace coal and eventually natural gas with solar and wind power. Even though demand is growing at double-digit rates in the US, Europe and China, China’s penchant for oversupply is likely to create a surplus and drive prices down further. That will be good for the buyer. But producers may find it harder to compete with China as profit margins tighten. Given this, only state Buy American mandates, tariffs or quotas will help domestic solar companies expand and hire.