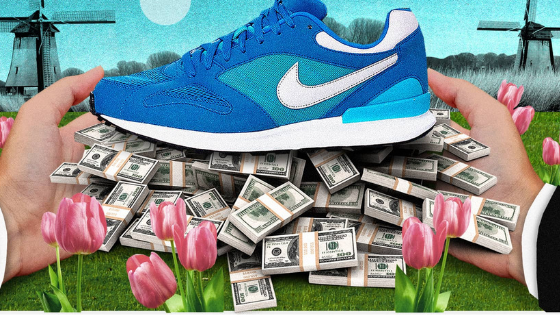 Does Nike Play Fair in Oregon?

Multinational companies are on the verge of outmaneuvering small domestic companies in Oregon by avoiding the business taxes that domestic companies pay. Specifically, Nike is close to ensuring the Oregon Joint Committee on Student Success raises taxes on businesses using a gross receipts tax while failing to consider “Complete Reporting.” Although out-of-state and some multinational companies squirrel away profits in tax havens, domestic Oregon businesses will pay a higher effective tax rate by default. Complete Reporting would end that tax advantage.

Complete Reporting is shorthand for Worldwide Consolidated Reporting. This technical term simply means corporations will report their state sales and global sales in Oregon for apportionment without a tax trick called “Water’s edge.” The Water’s edge provision allows multinational companies, but not domestic companies, to shift taxable corporate profits by manipulating their reported sales numbers. Essentially, they can reduce the amount of tax owed to the state of Oregon. Recent studies have estimated this costs Oregon $175-188 million annually.

Tax avoidance by multinationals companies, like Nike, poses direct and indirect harmful tax effects on Oregon’s domestic businesses. First, a domestic company cannot alter its state sales vs. global sales ratio for apportionment purposes. They simply lack the multinational subsidiaries required to use such a tax loophole. Therefore, these smaller Oregon businesses pay roughly the expected effective tax rate. However, they’re competing with out-of-state and some in-state multinational corporations. These corporations can alter their apportionment model by allocating profits into a foreign subsidiary. The benefits of their lower effective tax rate are considered a “differential in relative tax position.” The net effect is simply discrimination against local companies and manufacturers.

Oregon domestic businesses also face indirect consequences. Oregon’s longstanding financial dilemmas presented danger and opportunity for multinational companies in 2018. Oregon citizens nearly saw a ballot initiative dedicated to corporate tax transparency. Nike recognized the risks of such a measure and positioned itself to have a significant amount of influence over potential tax reform ever since. While smaller businesses debated spending issues, the company focused on the source of additional funding: Commercial Activities Tax (CAT), similarly known as a Gross Receipts Tax. This CAT spreads the tax burden across multiple business types. While not a problem by itself, domestic businesses are indirectly paying the multinational companies’ share of the tax burden by using only the CAT. A 2016 study by the US Public Interest Research Group estimated the average Oregon small business paid nearly $700 more in taxes in 2015 due to this loophole.

According to an analysis by the Institute for Tax Economic Policy, Complete Reporting affects 11 percent of Oregonians and over a third of the revenue would come from foreign investors. These investors are using multinational companies to sell into the Oregon market, and pay less tax for access than homegrown businesses.

Oregonians have been subsidizing multinational companies’ access to their state’s market at the expense of local, domestic companies. But the good news is that Complete Reporting can be added to any current or future revenue package and end this problem. It is in the best interest of Oregon business to look out for themselves when future revenue is raised, and they should no longer shoulder foreign companies’ tax burdens.