China produces and consumes about 60 percent of the world’s cement — the Three Gorges Dam alone required 16 million tonnes of it. To put China’s massive 21st century construction splurge and concrete consumption into perspective, Bill Gates made a mind-blowing comparison.

According to his blog, between 2011 and 2013, China consumed 6.6 gigatons of concrete – that’s more than the U.S. used in the entire 20th century. Look at what the U.S. built between 1901 and 2000: all those skyscrapers, the Interstate, the Hoover Dam, the list goes on and on but all that concrete only amounted to 4.5 gigatons. 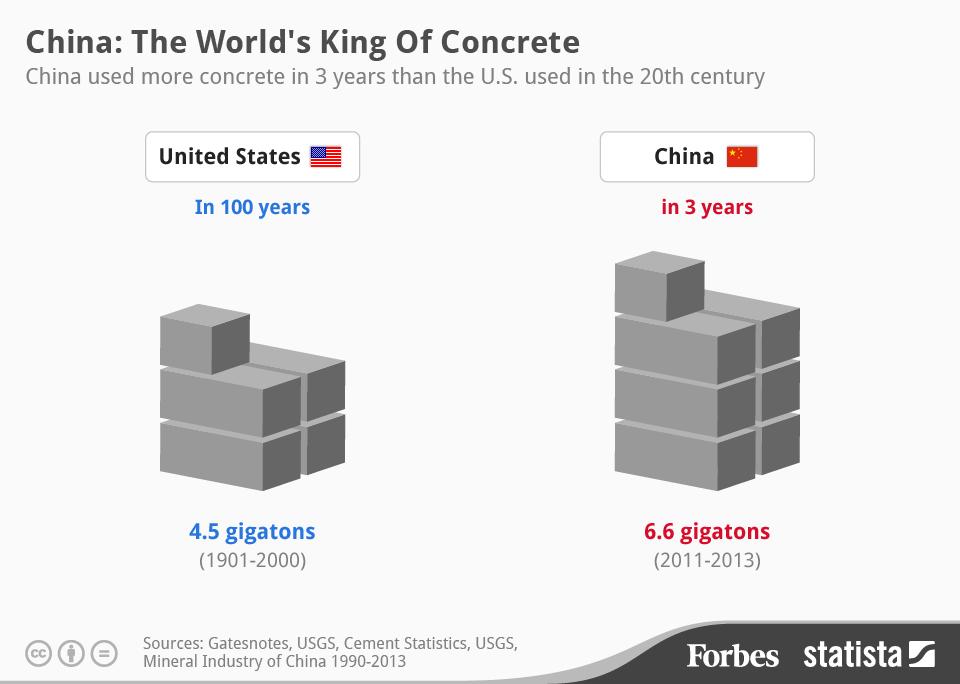