HOW CHINA SWALLOWED THE WTO

GENEVA—Inside the cement compound housing the World Trade Organization lies a colorful Chinese garden of cultivated rocks, arches and calligraphy. The gift from the Chinese commerce ministry symbolizes “world prosperity through cross-cultural fertilization,” according to a marble plaque.

It’s not the only way China has left its mark on the institution.

Sixteen years after becoming a member, the world’s second-largest economy is in an increasingly tense standoff with the U.S. and Europe that threatens to undermine the WTO’s authority as an arbiter of global trade. 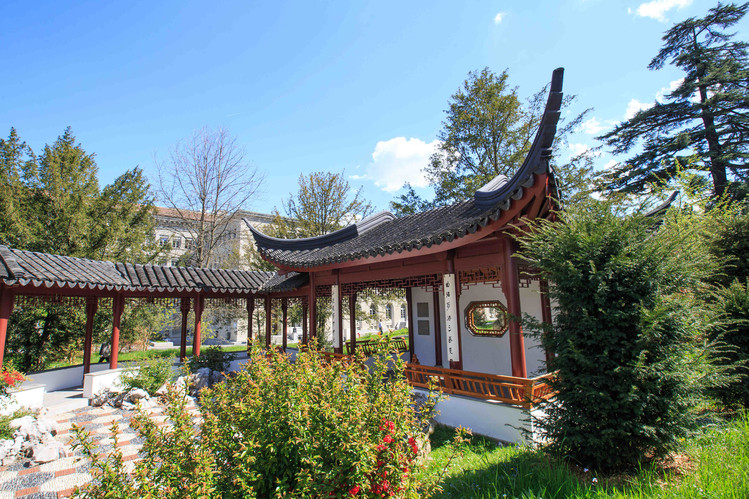 Rather than fulfilling its mission of steering the Communist behemoth toward longstanding Western trading norms, the WTO instead stands accused of enabling Beijing’s state-directed mercantilism, in turn allowing China to flood the world with cheap exports while limiting foreign access to its own market.

“The WTO’s abject failure to address emerging problems caused by unfair practices from countries like China has put the U.S. at a great disadvantage,” Peter Navarro, a trade adviser to President Donald Trump, said in an interview. “The message to the WTO from this administration has been clear. Things have to change.”

Such criticism has percolated over many years in the U.S. with growing bipartisan intensity. Now it is coming to a head under the first American presidency of an open free-trade skeptic, in a case just starting to wend its way through the Geneva process. The issue: whether China has graduated to a “market economy,” a change of status that would make it considerably harder for other nations to block imports they believe are improperly aided by Chinese government distortions.

China has sued both the U.S. and European Union demanding the change, calling it “nonnegotiable,” and Chinese officials are likely to reiterate that demand when they talk trade next week with President Trump during his Beijing visit. Steelworkers have jammed the streets of Belgium and Germany protesting that ultimatum, while Europe’s parliament voted 546 to 28 to fight it, one Italian lawmaker saying acceptance “would be carrying out the suicide of the European industry.”

“This is without question the most serious litigation matter we have at the WTO right now,” Robert Lighthizer, the Trump administration’s trade representative, told Congress in June. A China victory, he added, “would be cataclysmic for the WTO.”

Washington’s role challenging the WTO marks a reversal from the giddy mid-1990s heyday of globalization, and a reminder of how nationalism is increasingly the byword in global economic competition. When the WTO was forged in Morocco as a new international trade overseer, replacing the less-powerful General Agreement on Tariffs and Trade, the Cold War had ended and the U.S., as the sole superpower, saw a chance to weave economies together around American-style capitalism.

GATT and the WTO have, over the past seven decades, greased the wheels of interdependence. Under Geneva’s guidance, tariffs world-wide have plunged nearly 80% and trade’s share of the global economy has more than doubled. More than 160 countries representing 98% of world commerce are now WTO members, and most of the few remaining nonmembers—like Belarus and Timor-Leste—are negotiating to join.

The WTO’s defenders say it still plays an important role. Roberto Azevedo, the director-general of the WTO, credits his organization with preventing a recurrence after the 2008 financial crisis of the trade wars that exacerbated the Great Depression. “If we didn’t have the WTO, we would be in much worse shape,” Mr. Azevedo said in an interview.

Mr. Azevedo, who as a Brazilian trade diplomat successfully used WTO courts to challenge American cotton subsidies, plays down U.S. complaints that his body isn’t properly equipped to handle China. “We have 164 countries,” he said. “China is one of those countries that have their own practices, their own methodologies. The system was designed to respond to that diversity.” 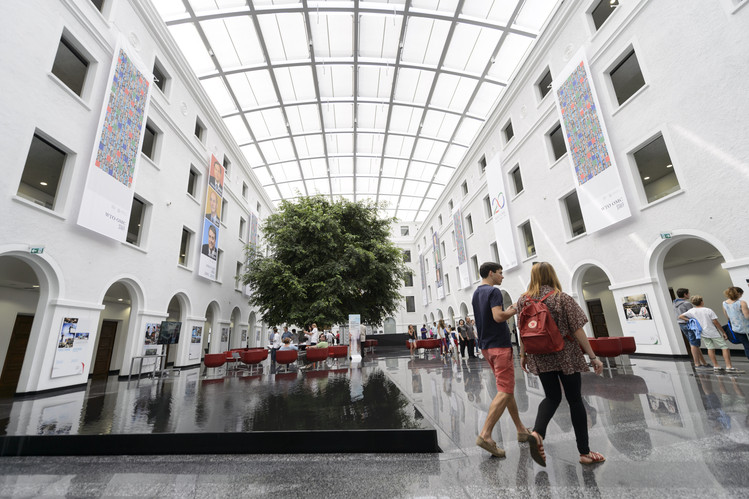 A view inside the WTO headquarters. PHOTO: LAURENT GILLIERON/KEYSTONE/ASSOCIATED PRESS

But critics say the system is badly in need of an overhaul. After the violent 1999 street battles that killed the Seattle round and the effective 2015 death of the Doha Development Round, the world trade regime has now gone nearly a quarter-century without a comprehensive rules upgrade—the longest such period since World War II.

These failures have elevated the importance and prominence of the WTO’s judicial system, as countries concluded their only option for advancing their cause in Geneva was litigation, not negotiation.

At the WTO, disputes are handled before “panels,” not “courts,” terminology carefully chosen in deference to home-country political concerns about sovereignty. In a similar vein, judges are called “members,” and wear business attire, not robes, though they do preside from an elevated bench.

The courts are structured as an arbitration system, with a dispute-settlement panel and a more powerful appellate body. WTO officials call the process their “crown jewel” and say members comply with 90% of its rulings.

One of the most active litigants has been Beijing.

China’s 2001 WTO entry was a transformative moment. Negotiations took 15 years—longer than those creating the WTO itself—and included more strings and conditions than had been imposed on any other member. The shared, underlying assumption was that China’s economy was undergoing a historic transition from state-run to market-oriented, and that WTO membership would ensure, and accelerate, that evolution.

Most countries combine their WTO diplomatic corps with delegations to other global bodies in Geneva. Beijing built a mammoth stand-alone “Permanent Mission of the People’s Republic of China to World Trade Organization” about a mile up the shore of Lake Geneva, flying the large red flag with yellow star.

The Chinese government was at first shy about using the WTO courts, modeled after the unfamiliar Western legal system, and filed just one complaint in its first five years after joining. But the surge in Chinese exports following its WTO entry, which suddenly made it the world’s largest exporter, thrust Beijing into the center of the legal system.

Since 2007, China has been party to more than a quarter of all WTO cases, as trading partners scrambled to erect barriers protecting their industries while demanding better access to China’s markets.

Facing such pressures, Chinese officials set about to master the process. China sought out disputes in which it had no direct stake and joined more than 100 as a “third party,” giving officials access to proceedings as observers. The Chinese offered large stipends to prominent American and European trade-law scholars to teach seminars in China for young bureaucrats. They retained top U.S. law firms. Steptoe & Johnson LLP became the go-to firm for combating a new American policy imposing extra-steep duties on Chinese imports aided by allegedly illegal subsidies; one member of the Steptoe China team had staffed the WTO appellate body for six years. 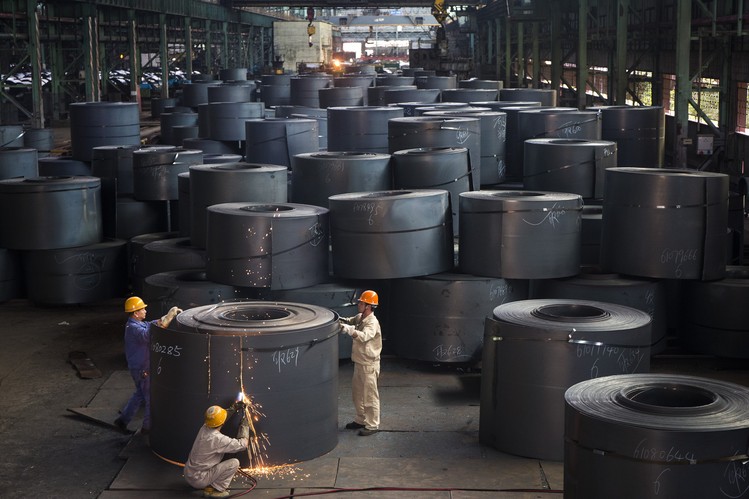 Chinese steel is among the many trade items in dispute between the U.S. and China. PHOTO: WANG HE/GETTY IMAGES

Beijing’s lawyers started notching notable court wins over the Americans who shaped the system. In a series of rulings from 2011 through May 2017, the appellate body concluded that Washington had cut too many corners in asserting that the state underwrites Chinese exports. Those decisions, covering four dozen industries, from off-road tires to wind towers to, literally, kitchen sinks, raised the bar for U.S. policy makers trying to block Chinese imports. And they complicated American efforts to impose higher duties on Chinese goods.

WTO defenders note the U.S. has still won the vast majority of cases it has filed in Geneva, and say it should be pleased that China has chosen to pursue its trade grievances through global arbiters.

“Since our accession to the WTO, China has always followed the WTO rules,” Cui Tiankai, China’s ambassador to the U.S., said in a recent interview with a Chinese TV station. “Sometimes we don’t have 100% agreement with them, but still we play by the rules. I hope America could do the same.”

The losses rankled the Washington trade community. In May 2016, aides to then-President Barack Obama cited two rulings favoring China as part of a broader list of grievances designed to block the reappointment of a South Korean judge on the appellate body.

At a tense meeting at WTO headquarters, the U.S. delegate told fellow trade diplomats that the judge, South Korean law professor Seung Wha Chang, had shown a pattern of judicial overreach and suggested that he had acted as an “independent investigator or prosecutor” on behalf of parties such as Beijing.

It was seen as a surprisingly hostile act in the genteel Geneva community. Thirteen veteran WTO jurists complained the U.S. had traversed “a Rubicon that must not be crossed,” putting “the very future of the entire WTO trading system at risk.” Mr. Chang himself responded through an interview with a Korean newspaper, saying he had been made a scapegoat. He added that the U.S. may have wanted him removed before the trade court heard a pending challenge to American restrictions on South Korean washing machine exports., an insinuation U.S. officials have rejected. 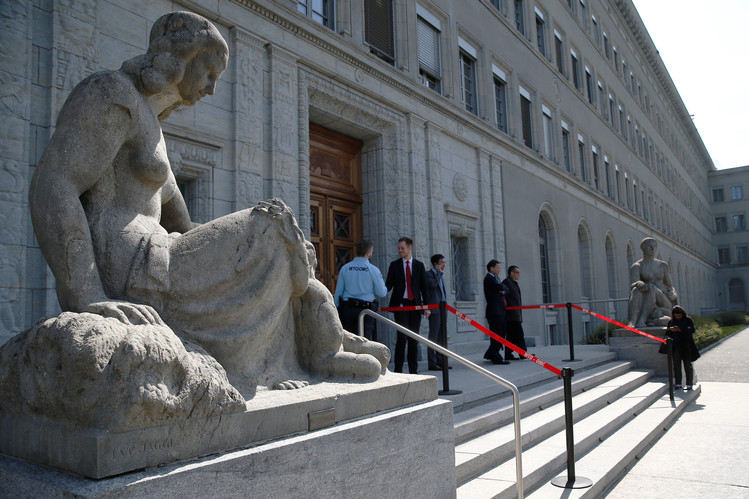 The Chang tensions exposed a bigger problem: The WTO’s failure to complete negotiating rounds aimed at updating rules for 21st-century business has forced judges to use often-outdated 1990s guidelines in settling disputes. That has fed complaints that the WTO courts were relying increasingly on their own interpretations of those rules, engaging in judicial overreach and activism.

Peter Van den Bossche, a Belgian judge on the appellate body, wrote a 2015 essay warning of the “dangerous institutional imbalance in the WTO between its ‘judicial’ branch and its political ‘rule-making’ branch,” that could “drastically weaken” the system.

Since the WTO doesn’t have detailed rules governing Chinese-type state-owned-enterprises, some observers say jurists have had to make decisions case by case.

The Trump administration has escalated the Obama administration’s battle over the appellate body, blocking appointments of any new judges and sparking fights even with members sympathetic to the U.S. campaign against China. By year’s end, the seven-member appellate body will have three vacancies, heightening worries about its ability to manage a mounting backlog and a looming “tsunami of cases,” as one judge warned in a recent speech. At an Aug. 31 meeting of the committee overseeing the courts, the U.S. said it would block any attempt to fill those slots until its “longstanding” complaints about the courts were addressed.

That’s just one of many ways Mr. Trump is testing the WTO. He’s staffing his trade team with longtime WTO detractors. As private lawyers, both Mr. Lighthizer and Gilbert Kaplan, nominated to be the Commerce Department’s trade point-man, helped shape strategy for U.S. industries combating Chinese imports after its WTO entry. Both won protections from the U.S. government—Mr. Lighthizer for steel pipes, Mr. Kaplan for various types of paper—that were later deemed improper by the WTO appellate body for taking too many liberties in asserting Chinese misbehavior.

There’s no sign Mr. Trump intends to follow through on the idea he once floated during the 2016 campaign of pulling the U.S. out of the organization. But aides have said they are exploring a number of policies that openly challenge the WTO’s authority, reflecting their skepticism about the body’s ability to handle China. They have openly discussed imposing sanctions unilaterally against China. Commerce Secretary Wilbur Ross in April launched an official study of “the structural problem” of the WTO and its courts, arguing the body has “an institutional bias…toward the exporters rather than toward the people that are being beleaguered by inappropriate imports.”