How to Revitalize U.S. Manufacturing 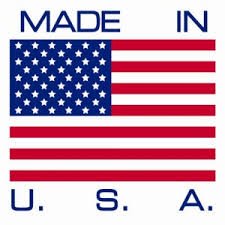 After a long decline, manufacturing is returning to the U.S. Now it may be time for U.S. policy makers to give it an extra boost.

The U.S. shed 5.7 million manufacturing jobs from 2000 to 2010—more than a third of the manufacturing workforce—as companies abandoned plants and workers in favor of low-cost foreign countries. But in recent years, manufacturing employment has grown slightly as the auto industry rebounded and domestic plants became more cost-competitive with those of other countries where manufacturing expenses have escalated because of higher wages.

Now researchers, politicians and business leaders are coming forward with strategies to accelerate job gains and investment in manufacturing. Their ideas range from pruning regulations that raise the cost and effort of running a manufacturing operation to imposing a value-added tax on imports to beefing up training programs so companies have an easier time finding skilled workers.

Reviving the manufacturing sector won’t be easy—but, these advocates argue, it’s crucial. Manufacturing is one of the best generators of wealth for an economy, requiring processes, materials and work skills that create employment and profits at each step in an assembly. Countries that don’t make anything eventually start to lose their edge in research and product development.

“Manufacturing and design drive each other,” says Steven Schmid, an aerospace and mechanical engineering professor at the University of Notre Dame. “If you lose one, you’ll lose the other, too.”

The U.S.’s reliance on foreign-made goods provides a conduit for trillions of dollars to leave the country. The U.S. trade deficit—the difference between what is imported and what the U.S. exports—amounted to $500 billion, or about 3% of total U.S. GDP last year.

That money is used by foreign investors to purchase assets in the U.S., such as real estate or stocks, or to lend to Americans who are increasingly willing to become debt-saddled consumers. Left unchecked, the trade deficit will continue to soak up the country’s wealth and manufacturing know-how, with little more than IOUs to show for it.

Here’s a look at some of the proposed strategies for getting U.S. manufacturing back on track.

The certificates, the thinking goes, would create two desired reactions. U.S. exporters, with a cash cushion from the sale of their certificates, could offer U.S.-made goods to foreign customers at lower prices, making them more competitive and shrinking the trade deficit over time. Meanwhile, foreign-made items imported into the U.S. would become more expensive to reflect the cost of import certificates, making U.S.-made goods more cost competitive with cheap imports.