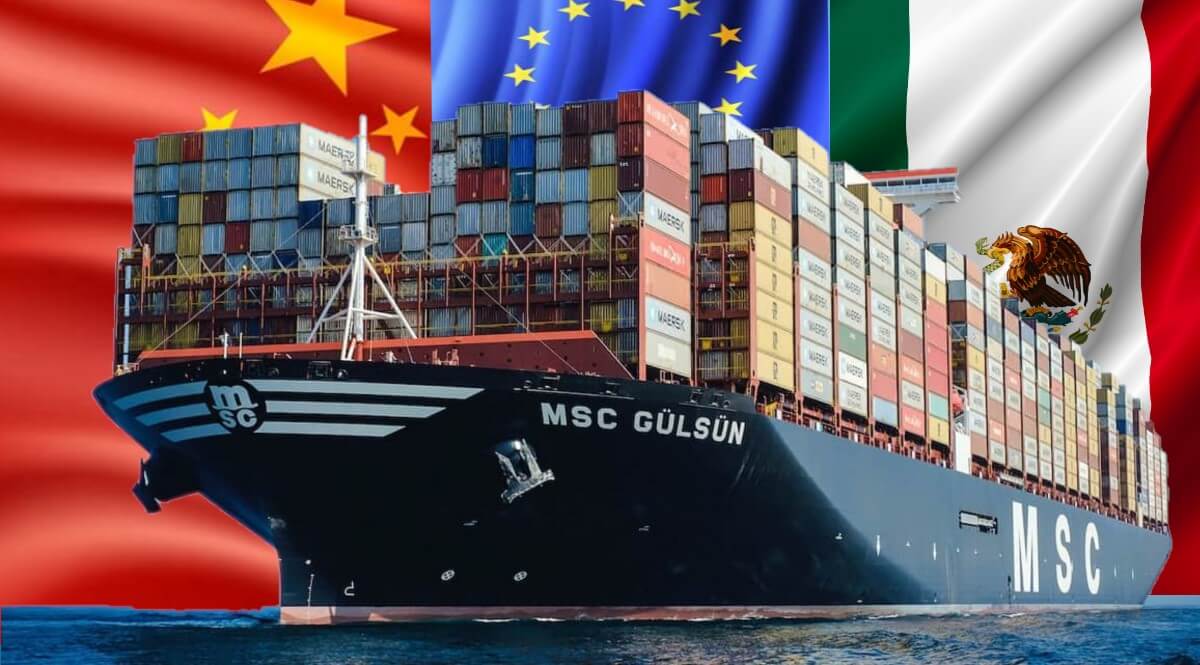 Top Reasons Why US 2020 Trade Performance Was Abysmal

What countries and what products helped lead to an historic trade deficit in the middle of a global pandemic.

The biggest takeaway from 2020 trade: Vietnam is now China’s offshore lovechild. And Switzerland’s currency maneuvers gave it the biggest jump in its trade gap with the US, ever.

Demand for pharmaceuticals surely helped Swiss business, but Germany and Ireland are also key exporters of medications to the US and German exports fell overall while Ireland’s rose, though it was nothing compared to Switzerland.

Outside of crude oil, our biggest exports and imports have been fairly consistent over the years. Last year’s data shows Mexico and the European Union are enjoying larger surpluses while Vietnam has become the offshore haven of choice for China companies looking to lower their own costs, skirt tariffs, or both.

So while the US is seeing a declining trade gap with China in 2020, for the first time ever, we are actually increasing our purchases from Vietnam. Our imports from Vietnam are now equal to an unsustainable 25%, of that nation’s GDP.

“It is good that we are moving supply chains out of China, but it is not helpful if all that business is going to Vietnam and Mexico,” says Michael Stumo, CEO of CPA. “The 2020 trade data showed that tariffs worked to reduce our dependence on China. But they didn’t do much to bring more of that work to the US.”

Mexico, our next door neighbor, was second and quite substantial, with a roughly $11 billion increase.

The European Union and Ireland saw an increase of around $4 billion and that is all due to pharmaceuticals coming in from Ireland, Germany and Switzerland.

The deficit with Switzerland rose from $26.7 billion in 2019 to $56.7 billion, putting it ahead of our traditional top 10 trade competitor Japan (which declined year-over-year) and pushing ahead of Ireland.

It is no mistake, then, that both Vietnam and Switzerland were singled out by the US Treasury Department as having managed their currencies to hold them down. This is the first time the Treasury has named two countries as currency manipulators.

We can assume that the Swiss and Vietnamese gained a trading advantage on currency management, and that Vietnam’s gains were mainland China’s losses. Switzerland is likely to continue to run a large surplus with the US as the pharmaceutical industry is set to grow faster than most other sectors. The US deficit with Vietnam should continue to rise unless the Biden administration acts on the Treasury’s finding of currency manipulation. Without such intervention, China has found the perfect offshore center for lower skilled manufacturing.

Our top five imports were, in order, passenger vehicles, computers, cell phones, pharmaceuticals and auto parts. The biggest single source of those goods were Mexico. China came in second and is actually a bigger auto parts supplier than Germany.

The pattern with all of our largest trading nations is that our exports rely heavily on raw materials (oil and agriculture) which do not create a large number of jobs or value-added, compared to our imports which are mostly manufactured goods.

Although the US is enjoying an increase of export business in many states with China, it is mostly a commodity business, with one exception. Our top three exports by value in 2020 were soybeans, oil, and semiconductors. China’s rise as a tech powerhouse is still dependent on American ingenuity on the chip side. Some politicians, like Tom Cotton (R-AK) and Marco Rubio (R-FL), among others, are advocating for a tech decoupling from China.

The top three US imports from China by value, were cell phones, computers and video game consoles, which was once a Japan mainstay.

The top three US exports to Mexico by value in 2020 were gasoline, auto parts and semiconductors. Mexico is shaping up to be an electronics and integrated circuits supplier to the US, an Asian alternative. The top three US imports from Mexico were passenger cars, auto parts and computers. Computers represent another supply chain shift from China.

We have trade deficits with five wealthy EU member nations. In order, they are Germany, Ireland and Switzerland – all neck and neck in 2020 – followed by Italy and France. The US sells a variety of high-end items to the EU, like Boeing aircraft for instance. But imports from the top three EU nations are primarily passenger cars, auto parts and pharma. That has been the case for years, though pharmaceuticals have increased due to the offshoring of US pharma production, rising pharma prices, and in the past year the pandemic -- vaccine imports rising from Germany and Ireland.

Biotech and big pharma, in general, are future growth industries with genome sequencing and new drugs being invented. To lower that trade gap, the US will at the very least need to source essential medications at home. Otherwise, the gap will only widen given the incentives provided by Germany, Ireland and Switzerland.

A Look at What We Buy, What We Sell

The US was the go-to market importer of choice again in 2020. Everyone wants to sell to us…and, secondly, to China.

Most of the goods we make here are sold here, and that includes cars, medications, and even crude oil, now our number one export commodity. This means the trade numbers often look skewed because we consume most of what we make and import the rest. The US is not an exporting economy, like Germany and Mexico.

The difference between China and the US is that for the US imports exceed exports and have done so for decades. For China, it’s the reverse. Exports create jobs, and imports often destroy jobs.

Due to the pandemic, automotive was missing from our usual top three. Oil is not a manufactured good, but when looking at value alone, then oil was our number one export in 2019.

Take a look at industrial machinery. These are often the unsung heroes in the middle of the supply chain. Some make large equipment used to make cars, medical devices, airplanes, and semiconductors. The robots that increasingly dominate assembly lines are mostly made in Asia and Europe. The US makes end-of-arm tooling for the robotic arms that dominate our automotive assembly lines today. But the US needs to be mindful of this very important sector so it is not wiped out by imports as automation becomes more prevalent across industries.

If you want to know why we have a $182.1 billion deficit with the European Union, up from $178.4 billion in 2019, it is all thanks to cars, car parts and pharmaceuticals. Countries like Ireland, Germany and Switzerland often have better incentives for companies to set up shop, including grants, free land, or tax cuts. This depends on industry, however. Cell phones are all Asia, with Apple phones sold here mostly all made in China.

Here is what it looked like pre-pandemic. Oil would have been number three if just counting value. Otherwise, the top three are all Mexico and European Union sourced goods.

A strong dollar also makes it more interesting for companies to source elsewhere or invest abroad. The dollar goes a lot farther in Mexico and Vietnam.

CPA estimates that the dollar is 27 percent higher than its current account balancing level. Persistently large misalignment of the dollar presents a strong headwind for US manufacturers trying to remain competitive with foreign producers.

Looking out into 2021, we are heading to a $1 trillion goods deficit, compared to $916 billion one last year.  Pent up demand caused by the pandemic is a perfect opportunity to build out local supply to meet more of that demand here instead of importing it. It is the perfect opportunity to make new forward-looking investments to prepare for the next 20-plus years. If not, a massive chunk of that demand will simply go elsewhere making the trillion dollar trade gap more likely than not.

Most economic forecasters see the US economy moving back to strong growth in the second half of the year. The service sector businesses should get back to normal. The abnormally high savings rates among US households (13% in Q4 2020) suggest that as the lockdown restrictions fully lift, consumers will go on a spending spree in hotels, bars and maybe car shopping, leading to accelerating imports.

We want the Biden administration to make good on its promise to “Build Back Better”. If he does, then policies designed to promote higher US manufacturing production, including a Buy American Executive Order, a potential public infrastructure plan, and a “foreign policy for the middle class” -- as Secretary of State Anthony Blinken described the White House's outlook -- will see manufacturing continue its climb. A flat-lined manufacturing sector is the fastest way to blow through a $1 trillion goods trade deficit this year or next.