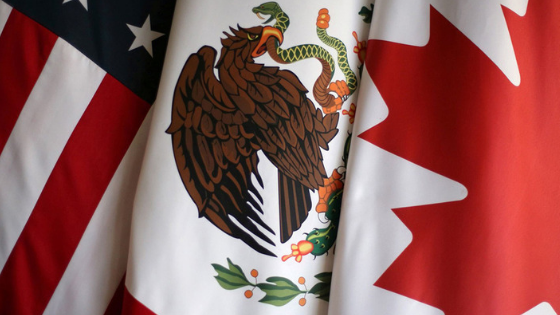 I’ve represented Iowa in the Senate for nearly 40 years and have been a family farmer my entire life. I know how important trade agreements are to our country’s farmers. That’s especially true of the North American Free Trade Agreement. Since its passage in 1994, agricultural exports to Canada and Mexico have more than quadrupled. Corn exports increased sevenfold.

Access to global markets is vital for many other industries as well. A Business Roundtable study finds international trade supports 39 million jobs across America, 12 million from trade with Mexico and Canada alone.

But I admit Mr. Trump was on to something. He is the first president to take on China’s abuses seriously, from theft of U.S. intellectual property and forced technology transfers to anticompetitive subsidies. He’s opened Argentina’s market to U.S. pork for the first time since 1992. A new deal with Japan could happen by year’s end.

Most notably, he successfully negotiated the successor to Nafta, the U.S.-Mexico-Canada Agreement. American farmers, workers and businesses stand to benefit from USMCA. More market access for agriculture, new commitments in critical areas such as customs, digital trade and intellectual property, and the lowering of non-tariff barriers will translate into more jobs, higher wages and greater productivity. The U.S. International Trade Commission, an independent agency, estimates USMCA’s benefit for economic growth to be even larger than its estimate of the effect had the U.S entered the Trans-Pacific Partnership. That’s saying something, particularly when we already have zero tariffs under Nafta.

But the job isn’t done. The Constitution assigns Congress the task of regulating foreign commerce. The House and Senate must pass legislation implementing USMCA. As chairman of the Finance Committee, I’m leading the Senate effort. I’ve been involved in the passage of every U.S. free-trade agreement, and it’s never easy. Reorganizing a massive economic relationship affects many constituencies, and that’s inevitably complicated.

I’ve met with congressional colleagues, as well as U.S., Canadian and Mexican trade officials, to discuss how our nations will secure legislative approval of USMCA. A significant roadblock is the administration’s tariffs on steel and aluminum and retaliatory Canadian and Mexican tariffs on U.S. products. These levies are a tax on Americans, and they jeopardize USMCA’s prospects of passage in the Mexican Congress, Canadian Parliament and U.S. Congress. Canadian and Mexican trade officials may be more delicate in their language, but they’re diplomats. I’m not. If these tariffs aren’t lifted, USMCA is dead. There is no appetite in Congress to debate USMCA with these tariffs in place.

Many Americans have been harmed by retaliatory tariffs. Mexican tariffs on U.S. pork, to take one example, have lowered the value of live hogs by $12 an animal. Iowa is the top pork-producing state in the country. That means jobs, wages and communities are hurt every day these tariffs continue—as I hear directly from Iowans. It’s time for the tariffs to go.

Earlier this year U.S. Trade Representative Robert Lighthizer told the House Ways and Means Committee that failing to pass USMCA this year would damage the credibility of America’s global trade agenda, particularly the efforts to secure a deal with China. He’s right.

The administration can take the lead by promptly lifting tariffs on steel and aluminum from Canada and Mexico and working with allies to address the true source of overcapacity: China. This essential step is fully within the administration’s control and would immediately clear a significant hurdle to passage. Meanwhile, Speaker Nancy Pelosi and congressional Democrats should recognize this historic win for the country and engage in good faith to pass USMCA this year.

USMCA is good for the environment, for workers, for jobs and for nearly every sector of America’s economy. I hope Washington rises to the occasion.

Mr. Grassley, an Iowa Republican, is the U.S. Senate’s president pro tempore and chairman of the Finance Committee.