Editors note: Using US taxpayer money to support the building of China’s rail car industry makes no sense. We should build this industry, and its supply chain, here.

The US Senate’s top Democrat is calling on the federal government to step in and investigate whether a plan for new subway cars in New York City designed by a Chinese state-owned company could pose a threat to national security.

Senator Charles Schumer of New York said in a statement to Associated Press on Sunday that he has asked the Commerce Department to conduct a “top-to-bottom review” after CRRC, one of the world’s largest train makers, won a design contest for new subway cars that would include “modern train control technology”.

The company has not won a contract in New York City, which has America’s biggest transit system, but it has been awarded contracts in recent years for new subway cars in Los Angeles, Chicago, Boston and Philadelphia.

In announcing the contest winners last year, the Metropolitan Transportation Authority, which operates the subway system, said CRRC had proposed investing US$50 million of its own money to develop the new subway cars. 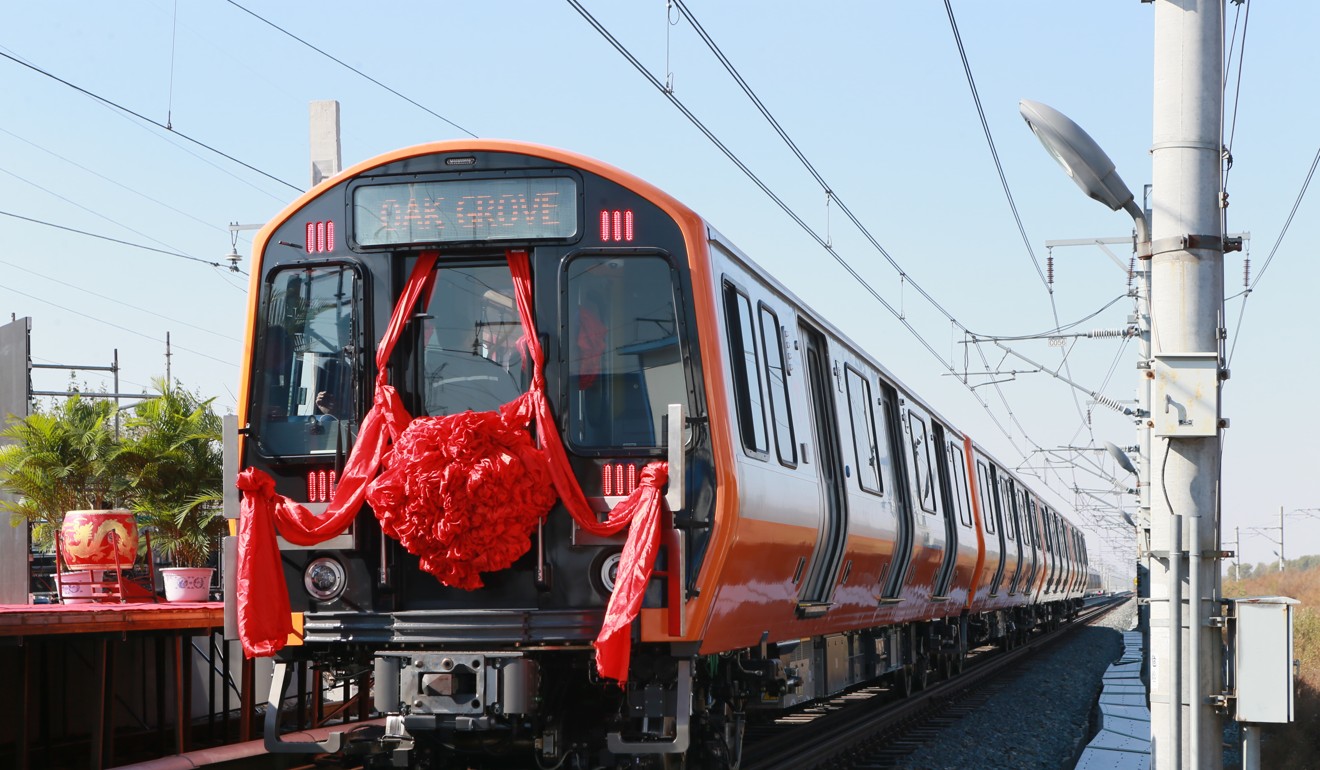 A subway car made by CRRC Changchun Railway Vehicles for Boston's orange line rolling off the production line in Changchun, China, in 2017. Photo: Xinhua
Share:

The contest was designed to bring out new ideas for future projects but did not lead to any contracts for new subway cars and the MTA is not currently purchasing any new cars.

But in the last few years, China has pushed to dominate the US railcar market, a multibillion-dollar industry. CRRC is also believed to be pursuing a US$500 million contract with the Washington Metropolitan Area Transit Authority in Washington, D.C.

Security experts and members of Congress have raised the alarm about CRRC because it is owned by the Chinese government, warning of prior cyberthreats and hacking attacks linked to Chinese intelligence officials. They fear allowing the company to install technology in America’s rail system could potentially expose it to cyberespionage and sabotage.

Schumer’s call for an investigation comes amid rising tensions between the US and China after trade talks between the two nations broke up earlier this month without an agreement.
Trump’s Huawei ‘ban’ gives Asian tech firms 70 billion reasons to worry

Days ago, US President Donald Trump signed an executive order to declare a national economic emergency that empowered the government to ban American telecommunication companies from installing foreign-made equipment and technology that could pose a threat to national security.

“The MTA has robust, multilayered and vigorously enforced safety and security standards, but we support efforts of government agencies to bolster that work,” spokesman Max Young said.

A spokesman for CRRC Sifang America – the company’s arm in Chicago – said a majority of the components used in its new railcars come from US companies and said concerns about spying or malware are misplaced.

The railcars meet specific requirements set by the transit agencies, the manufacturer doesn’t control the cyber components it installs and it is “not possible” for the company to implant malware in the system, he said. 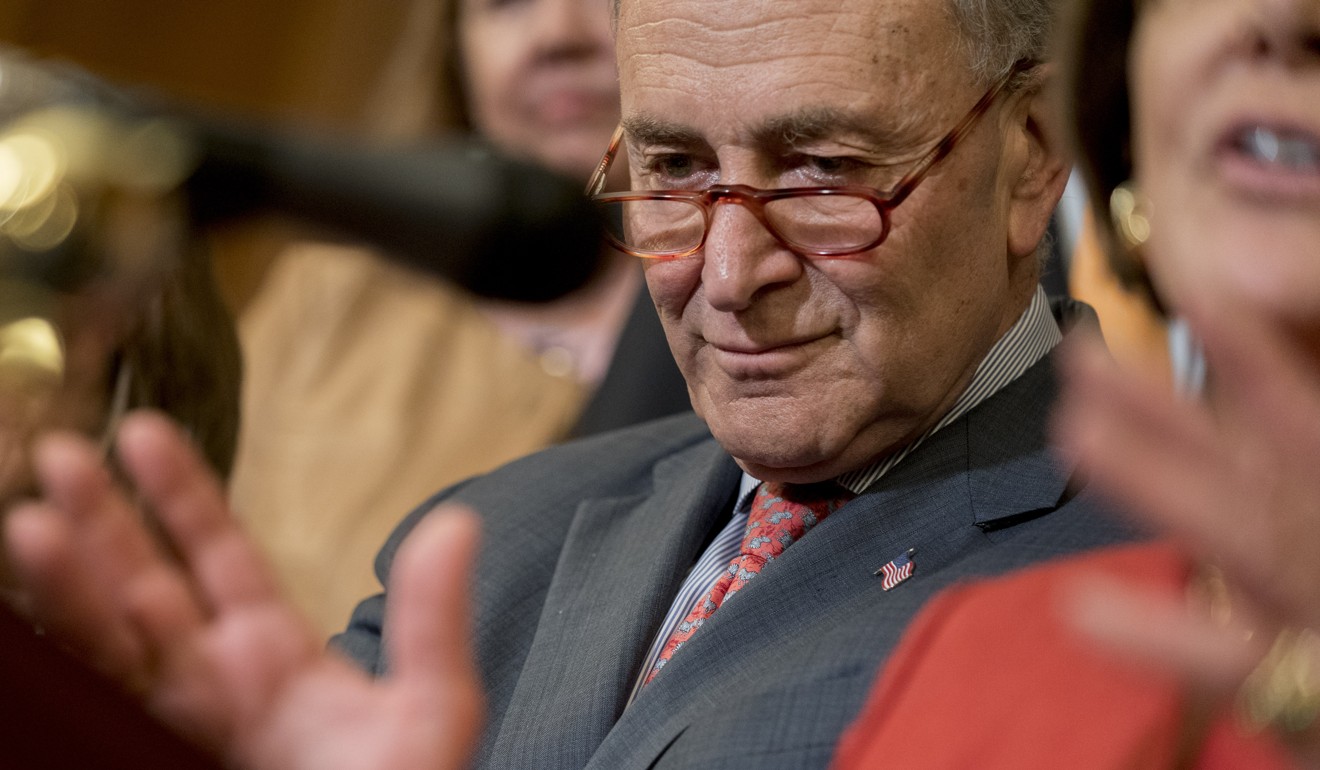 Schumer and others are concerned about possible cyberespionage and sabotage. Photo: Bloomberg
Share:

“There is no evidence of a passenger railcar manufacturer, including CRRC, installing any type of new technology that could intentionally open passenger railcars to cyberthreats or pose a threat to commuters and national security,” spokesman Dave Smolensky said.

“CRRC is eager to address any concerns Senator Schumer has and we welcome an inquiry regarding our US operations.”

Legislation has been introduced in both the House and Senate that, if passed, would prevent federal funds from being used for rail projects involving Chinese companies.

“Given what we know about how cyberwarfare works, and recent attacks that have hit transport and infrastructure hubs across the country, the Department of Commerce must give the green light and thoroughly check any proposals or work China’s CRRC does on behalf of the New York subway system, including our signals, Wi-fi and more,” Schumer said.

Huawei accuses US of hacking into its servers

In the last few years, the US Justice Department has brought several cases alleging hacking by Chinese intelligence officials and targeting Chinese cyberespionage.

“This kind of national security responsibility is just so big, and so complex, that the MTA and other big-city transit systems should not have to foot the burden of going it alone to assess whether or not CRRC’s low bids for work, and current contracts across the country, are part of some larger strategy. We just cannot be too careful here, especially now, amidst these tensions and general cyber threats,” Schumer said.

The Commerce Department did not immediately comment on Sunday.