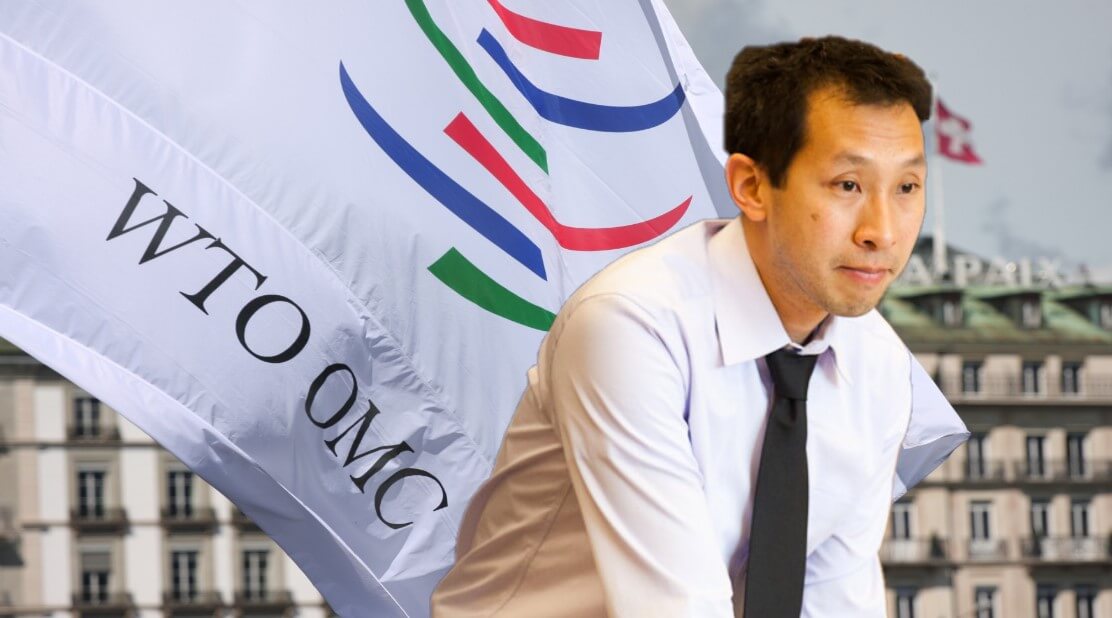 At USTR, Mark Wu Takes On The WTO and “Working With Allies”

USTR Senior Advisor Mark Wu shares our view on the World Trade Organization. He warns that the Biden Administration will likely realize that they do have to go it alone sometimes in dealing with China, just like the previous administration did.

If you have never heard of Mark Wu, he is a Harvard Law professor with an extensive background in intellectual property and digital trade issues with China. He was appointed as senior adviser to USTR. When it comes to his views on the World Trade Organization and the Biden camp’s meme of “working with allies”, he sees things our way.

The best example of Wu’s view on both issues, namely working with our European allies in the confines of the slow and cumbersome WTO, is in his latest working paper for the Penn Project on the Future of U.S.-China Relations. This is a solid glimpse into Wu’s thinking. It's worth a read.

His takeaway as we see it is that the WTO will struggle to reform. Fixing what’s broken will be an arduous process. For all the criticism by the Washington foreign policy establishment and the DC press, Trump did not “go it alone” when taking on China, Wu admits. And if the new Biden Administration thinks he can work with allies to confront Beijing, he will find out that he has to work unilaterally just as often.

“Over the past decade, the World Trade Organization has proven to be an inadequate multilateral forum to address a series of grievances that the United States holds about Chinese economic policies that negatively impact global trade,” Wu wrote, adding that the WTO has a series of structural inadequacies, including a gap in its available remedies to compensate for breaching membership trade rules and a lack of consequences for breaking those rules and requirements. “This has allowed China to enact industrial policies that breach WTO law for a limited period of time without consequence.  The WTO has also not adequately updated its law to reflect 21st Century realities, leading to gaps in  substantive rules that can be applied against Chinese practices.”

We think we have a new ally inside the WTO in Mark Wu.

Meanwhile, Biden’s ally strategy is “unlikely to bear considerable fruit over the next four years,” says Wu in his paper. “Rather than pivoting toward primarily a WTO-centric strategy in the next four years, the U.S. must continue to engage in a multi-prong approach that includes direct  engagement with China.  Most importantly, it must buttress its own domestic capabilities for a growing strategic competition, while finding ways to manage persistent trade and economic tensions.”

European trade officials will concede, often with the disclaimer that Trump was not their cup of tea, that many of the previous administration’s China tactics were needed. The U.S., accused of failing to lead, actually did lead when it comes to taking on China mercantilism.

While the WTO remains the preferred pathway of most U.S. allies to address China, Biden should not “over-invest” diplomatic capital in giving Brussels veto power. American re-industrialization depends on it, especially as we are knocking on the door of a $1 trillion trade deficit with the world.

Wu says that it is worth considering whether the creation of additional rules to tackle China’s economic model at the WTO will even be meaningful, especially if the structural flaws remain. The need to reform the WTO’s deficiencies with regards to notification, developing country status, and dispute settlement remain paramount if the WTO is to become an effective forum to handle U.S. trade issues with China.

Some highlights from Wu’s working paper, written in the final months of the Trump presidency:

Trump did not go it alone, as Biden and the media attest. We suspect President Biden will agree that working with allies cannot be the only solution.

“This framing of the problem at hand may lead some to harbor a false impression that the China  trade policy questions take the form of  “either-or” binary choices – alliance-driven vs. unilateral; WTO vs. non-WTO. It is important to emphasize that not only is this framing incorrect, it is also overly simplistic and misleading. The Trump administration (employed) a multi-prong approach, just as its predecessors did. The U.S. has continued to work actively with allies, even while imposing unilateral  tariffs. The U.S. has also remained actively engaged at the WTO, even as it criticizes some of the institution’s shortcomings.  For all the talk of the Trump administration acting unilaterally and  ignoring U.S. allies, this has not been the case when it comes to trying to craft new WTO rules regarding China. The Trump administration maintained, and even expanded upon, past U.S. practice of exchange and consultation with key allies. Since then, trade officials have made considerable progress on a number of fronts in developing a coordinated approach, including most notably on industrial subsidies.”

The U.S. has long expressed its discontent that actions taken by the WTO Appellate Body fail to comply with the WTO’s Dispute Settlement Understanding and extend beyond its mandate.

“Certain countries share some of the U.S. complaints, but a fundamental disagreement exists between the U.S. and the EU. Some of these cases involve the rights of the WTO members to take action in the form of trade remedies against dumping or unfair subsidization of imports; the most frequent target of U.S. trade remedies is China. When the WTO failed to respond with any meaningful reforms to the  Appellate Body, the Obama administration, to the dismay of its allies and other WTO members, began exerting its power in the appointment process by blocking the appointment or re-appointment of  certain individuals.  Trump went a step further by blocking the appointment of any individual to the  Appellate Body until genuine reform is undertaken. As of December 2019, the Appellate Body no longer had the requisite quorum of members necessary to function.”

WTO dispute settlement faces a second structural problem over its remedies. If you complain about a foreign countries trade practices, it will take forever to get a verdict in. By then, your company has already lost massive market share, if it is still alive.

“This is because WTO dispute settlement only allows for prospective, and not retrospective, remedies. This means that any government has a free pass to engage in an illegal act that breaches WTO law for a stretch of years until WTO litigation concludes. This remedies gap has proven to be an enduring source of frustration for U.S. businesses. In certain cases, despite the U.S. government having prevailed in WTO disputes against China, U.S. businesses are unable to enjoy any commercial gain because actions taken during the free pass period (illegal subsidies or domestic content rules) provide Chinese competitors with an enduring advantage.”

The U.S. has argued that the WTO rules need to be updated to allow governments, whose industries face threats of structural overcapacity, to take more aggressive action beyond what is provided through safeguards and other existing forms of trade remedies.

“Those have proven to be woefully inadequate in protecting U.S. industries, leading the Trump administration to pursue additional unilateral measures such as the Section 232 tariffs.”

Is the WTO Salvageable?

Under the Trump administration, the U.S. has increasingly taken the view that it is being “played for time” by China at the WTO. This critique is especially true when it comes to the WTO’s lax structural reform and coming up with new rules. For example, China is still considered a developing economy, not much different than Brazil or South Africa, two economies that bear absolutely no meaningful comparison to China.

“The U.S. points to the failed multilateral effort to deal with steel and aluminum overcapacity as examples of how China has deployed this strategy successfully in recent years,” Wu writes.

China is also in oversupply of solar, automotive parts, and we believe car batteries for electric vehicles will be next.

Wu says there are “major difference” between the U.S. and its allies on the efficacy of the previous government’s “sticks-based” approach towards China to adopt new WTO rules.

Europe prefers a “hug it out” approach, which works for them, but CPA thinks it has failed to work for us.

Differences between the U.S. and European approaches became more noticeable in the Trump era, and “it is likely to persist” even under Biden, writes Wu.

CPA has long stood for leaving the WTO as we believe it not salvageable.