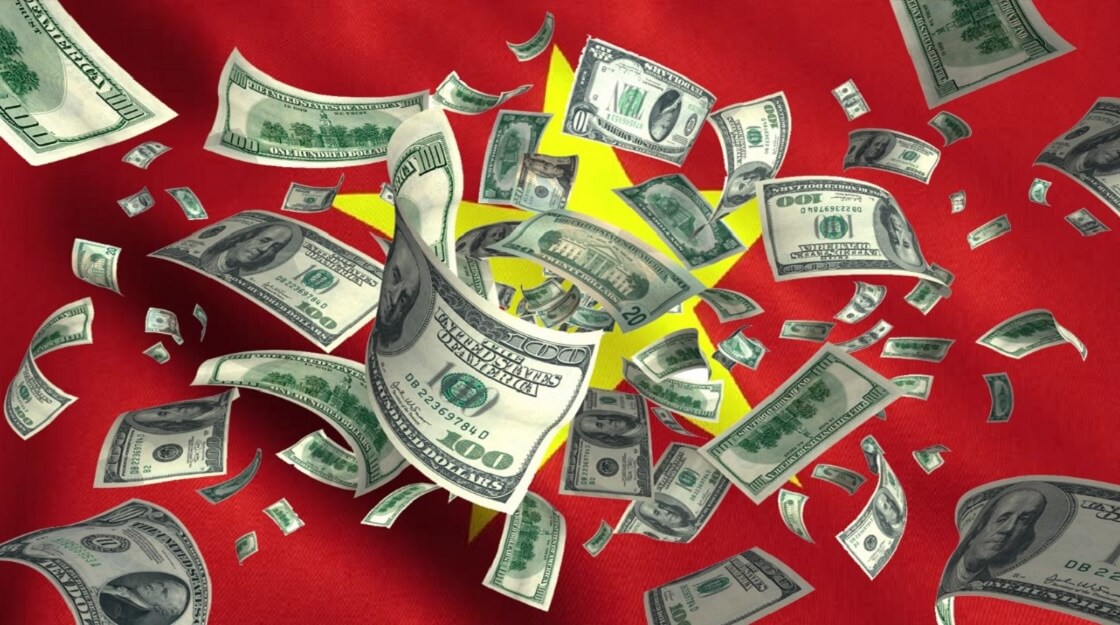 In its final 2020 report on Congress, Treasury says Vietnam and Switzerland are manipulating their currencies as of June 2020. Ten countries are being watched for similar actions making them more competitive against the US.

The Vietnamese dong is worth precisely $0.0004 and now Treasury thinks there is a reason for it. The Vietnamese government is keeping its currency weak, and so it’s now official considered a “currency manipulator”.

The Treasury Department’s 71 page report to Congress on the macroeconomic and foreign exchange policies of major US trading partners said that a handful of countries were intervening in their currency markets to a point where Treasury would take notice as those actions run counter to the Trade Facilitation and Trade Enforcement Act of 2015 (the “2015 Act”). Over the four quarters through June 2020, four countries moved to support their currencies from strengthening against a weakening dollar. The four were Vietnam, Switzerland, India and Singapore.

But only two – Vietnam and Switzerland of all places – exceeded the criteria established by Treasury to identify potentially unfair currency practices or excessive external imbalances that could weigh on US growth or make it harder for US workers and manufacturing firms to compete.

The 2015 Act requires the Treasury Secretary to monitor the macroeconomic and currency policies of key US trading partners.  Vietnam is now key. The tiny southeast Asian nation ranks fourth in terms of its surplus in good with the US, coming in at $58 billion. Only Germany ($62 billion), Mexico ($96 billion) and China ($310 billion) rank higher.

But over the last three years in particular, Vietnam has climbed up the charts as companies in mainland China, and elsewhere, have looked to Vietnam as a way around both tariffs and the rising costs associated with doing business in China today – from tighter environmental rules, to labor costs.

Vietnam has been the clear beneficiary. Unlike Mexico and Germany whose main products exported to the US are cars, and for Germany – pharmaceuticals, too, Vietnam is like China 10 years ago. It sells us everything from electronics to clothing.

In the report, Treasury did note that it was in contact with their Vietnamese counterparts and said that they have “conveyed credibly” that their net purchases of foreign currency in the four quarters ending in June were $16.8 billion, or 5.1% of GDP. The majority of these actions happened in 2019. Treasury said that Vietnam needs to facilitate greater movement in its exchange rate to reflect its strong economic fundamentals, and reduce forex intervention by its central bank.

Treasury is also worried that Vietnam is taking a play from the China playbook and focusing solely on exports as opposed to domestic demand. Most of those exports land in the US.

In October, the Office of the US Trade Representative said it was initiating their investigation into Vietnam under Section 301 Trade Act rules.

Section 301 gives the President broad powers to use tariffs or non-tariff barriers against a product coming from a country if it is believed to burden or restrict US businesses in world trade.

The USTR is looking particularly at Vietnam’s timber industry, which is also used to make furniture and other household items like kitchen cabinets – a sector currently facing tariffs imposed by the International Trade Commission upon findings of China dumping.

The USTR said that it would be investigating the Vietnamese currency, too.

“Unfair currency practices can harm US workers and businesses that compete with Vietnamese products that may be artificially priced lower because of currency undervaluation,” said Robert Lighthizer in October.

The USTR will hold a meeting on Vietnam’s currency on December 29 with rebuttal comments scheduled for January 7.

We could see some tariffs come out of that meeting.

Treasury said it is working with Switzerland to develop a plan to address the underlying causes of Switzerland’s large surpluses with the US. Nearly all of the trade surplus is due to gold, pharmaceutical and other medical exports on account of the pandemic.

The Swiss National Bank has employed a number of tools to offset appreciation of the Swiss franc, a global safe haven currency. In the first six months of 2020, their central bank conducted large scale one sided interventions more than usual in order to keep the franc weaker on a trade-weighted basis.

Further franc appreciation was due, in part, to those central bank actions and so Treasury has determined that they, too, are a currency manipulator.

Worth noting, Treasury concluded that China is not manipulating its currency. With the exception of maybe Mexico, Vietnam has been a major beneficiary of the trade war. Now that Treasury is highlighting them, we think it is highly plausible that 2021 will continue to shine a spotlight on this up-and-coming player in US supply chains.