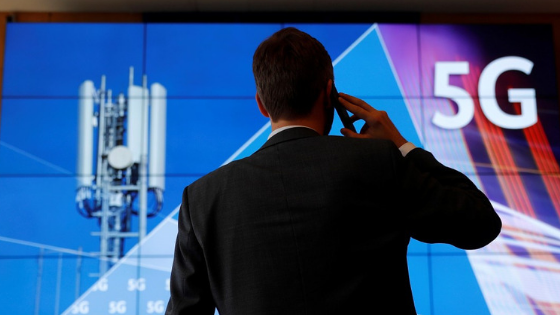 Excerpt: “the directive of China’s 2017 Intelligence Law legally requires that ‘any organization or citizen shall support, assist, and cooperate with’ the security services of China’s One-Party State.”

Six retired U.S. defense officials issued a statement on Wednesday warning that European and Asian partners could put American military operations at risk if they use Chinese technology in their 5G networks.

Numerous current Pentagon officials have also warned that equipment from Chinese companies like Huawei could expose American forces to cyber-espionage if they use European 5G networks.

“Chinese-designed 5G networks will provide near-persistent data transfer back to China that the Chinese government could capture at will,” said the statement signed by former commanders of the U.S. European, Southern, and Pacific Commands, plus former U.S. Cyber Command chief Gen. Keith B. Alexander and former Director of National Intelligence James Clapper.

“This is not our opinion or even that of our intelligence community, but the directive of China’s 2017 Intelligence Law, which legally requires that ‘any organization or citizen shall support, assist, and cooperate with’ the security services of China’s One-Party State,” the authors went on to explain.

The 2017 Chinese law referenced by the authors represents a major problem for defenders of Huawei and other Chinese tech firms, since it contains precisely the directive described by the signatories of the statement. The law quite literally makes spying for the Chinese Communist Party the sworn duty of every single Chinese citizen.

This is not a theoretical requirement to be invoked in some future moment of unthinkable emergency; the Intelligence Law rewards active and constant participation by Chinese firms and severely punishes the slightest hesitation to comply with Beijing’s espionage demands.

The statement noted that the “immense bandwidth and access potential” of 5G wireless networks, which will be vastly superior to the 4G networks common today, will make them very attractive to military planners, but the vulnerabilities introduced by Chinese hardware will force American commanders to think twice about using them.

“There is reason for concern that in the future the U.S. will not be able to use networks that rely on Chinese technology for military operations in the territories of traditional U.S. allies or emerging partners in Europe, Asia, and beyond,” the statement declared.

This presents more than a mere inconvenience, as China and its allies will be able to use 5G networks comfortably, gaining a significant information processing advantage over American forces in European and Asian theaters. Disrupting coordination between U.S. and allied forces by making them use different networks would also be a benefit to adversaries.

Current officials of the Trump administration are delivering this very same warning to partner nations with increasing urgency. One of the most dramatic moments came in March when Secretary of State Mike Pompeo bluntly warned Israel that U.S. cooperation with Israeli intelligence could be curtailed if Israel becomes dependent upon Chinese technology.

The Wednesday statement noted that buying Chinese hardware would be a mistake America’s allies could not easily undo, because Chinese systems are “not interoperable with other companies’ equipment, cultivating a persistent reliance on the Chinese firm.”

The signatories also warned that reliance upon Chinese 5G products will “advance a pernicious high-tech authoritarianism.”

“If China is invited by foreign governments to build these networks, Beijing could soon have access to the most private data of billions of people, including social media, medical services, gaming, location services, payment and banking information, and more,” they noted.

“This information will give China’s repressive government unprecedented powers of foreign influence to favor authoritarian allies, coerce neighboring countries seeking to preserve their sovereignty, and punish human-rights activists the world over,” they warned.

The statement concluded by challenging the notion promoted by Chinese companies that a “smoking gun” of active collusion with Communist intelligence agents must be produced before security warnings are taken seriously, pointing out that under Chinese law, “nothing Chinese firms do can be independent of the state.”

“The onus should instead be on Beijing to explain why it is prudent for countries to rely on Chinese telecommunications technology when Beijing’s current practices threaten the integrity of personal data, government secrets, military operations, and liberal governance,” they contended.

The prestigious Massachusetts Institute of Technology (MIT) announced on Wednesday that it will cut ties with Huawei and ZTE, another major Chinese telecom firm, due to ongoing federal investigations of the companies’ practices. The MIT statement indicated it will also review projects funded by Russia and Saudi Arabia. Several other major universities have terminatedcollaborations with Huawei over the past year, including Oxford, Stanford, and UC San Diego.

“There is a large geopolitical context for what is going on. The U.S. is feeling very insecure in the world,” he said.

Purdy, like other Huawei representatives, claimed the company is somehow immune to the Chinese cybersecurity law referenced by the authors of the Wednesday statement. He further claimed American officials actually believe the law is “totally irrelevant” but pretend to take it seriously in order to persecute the company.