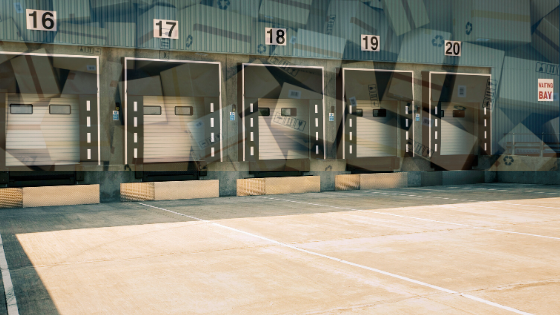 Why Americans are not paying for tariffs

Editor’s note: Curtis Ellis lays out the mechanics of why the tariffs are not raising prices.

Today we witnessed a central rite of one of the world's great and growing state-sponsored religions. We saw frenzied acolytes crowd vast temples where they flailed each other to obtain offerings to placate their hungry god.

The religion of which we speak is consumerism. The ritual is known as Black Friday. And the offerings are made in China.

It's an appropriate time to consider the tariffs President Trump has imposed on imports from that authoritarian country.

Critics have consistently predicted tariffs will drive up prices for American consumers and cripple American business.

But reports of the death of the American economy have been greatly exaggerated.

Consumer prices rose in October (the last month for which data are available) only four-tenths of a percent over September, and half of that was due to energy, something we do not get from China.

Prices for apparel, something we do get from China, actually fell by 1.8%. Overall, prices rose a scant 1.8% from the year before. Profit margins for business in import-heavy sectors rose for the fourth consecutive month in October.

So why has reality failed to live up to the doomsayers' predictions?

There are several reasons.

While tariffs are a tax, as we are constantly reminded, it's one paid by importers.

The tariff is not levied at the retail cash register, or even at the dock where the imports come off a slow boat from China.

No, the tariff is based on the price some middleman in Hong Kong pays a factory in China before the middleman puts in his handling fees and markup, all of which he passes on to the American importer.

Let's say Black & Decker wants to import toaster ovens that will have a $60 retail price in the U.S. B&D goes to a Hong Kong middleman who deals with Chinese manufacturers. The Hong King middleman pays his cousin, a loyal Communist Party member who runs a toaster oven factory, $10 for each oven, has them trucked to a port, loaded into containers and shipped to Long Beach, California. The Hong Kong middleman charges Black & Decker $20 for the toaster ovens to cover these intermediary expenses and make a profit.

Black and Decker picks them up in Long Beach and sends them to stores where shoppers can fight each other on Black Friday to get one at the insanely low price of $30.

If there were a 10% tariff on toaster ovens from China (there isn't), the tariff would only be $1 because it's calculated on what the Hong Kong middleman claims he paid his cousin at the toaster factory – what's known as the first sale.

The Hong Kong middleman and his cousin the factory owner will likely eat that cost because they are under tremendous pressure to maintain orders and employment as China's economy weakens.

In fact, when factories cut prices to keep Black & Decker from getting its toaster ovens from Mexico or just making them in the USA (which they do), Beijing makes up the difference, one of the myriad (illegal) subsidies China uses to make its exports cheaper.

As one American importer wrote in the Wall Street Journal under the headline "My Customers Don't Pay Trump's Tariffs," "For the Chinese government, shipping quotas are more important than profitability. When a factory's managers realize that they must reduce prices to maintain output levels, Beijing comes to the rescue with subsidies to prop up their margins."

There are other reasons consumers aren't paying the tariff. For one, China's currency has depreciated over the last year, offsetting the cost of tariffs.

Another reason is illustrated by that next high holiday of consumerism following Black Friday, Cyber Monday.

When The Gap buys a $100,000 boatload of cardigan sweaters from China and has them sent to its distribution center in Kansas City, it pays a $32,000 duty on the sweaters.

Amazon will buy the same boatload of sweaters and ship them to a "fulfillment center" warehouse just over the border in Mexico. When you click "Place Your Order" on Amazon, Amazon takes one of the $49.99 sweaters, puts it in a box and ships it into the U.S. duty-free.

Amazon and the e-commerce giants do this by exploiting the duty-free exemption designed for articles imported "by one person on one day," known as the Section 321 de minimis rule.

Say you go on vacation and buy a sweater, jewelry or souvenir for under $800. You are allowed to bring it home duty-free, as the Customs declaration formthey give on the airplane before landing explains.

Now, Amazon is using this exemption to bring untold millions of dollars worth of items into the U.S. duty-free even as workshops, factories and stores across our country that buy American and hire American pay full freight.

The explosion of e-commerce and its use of this exemption could help explain why consumers are not paying the China tariffs – no one is.

This we do know: the e-commerce industry's exploitation of Section 321 is draining our Treasury, undermining our customs system and helping Jeff Bezos make China even richer and more powerful than ever.